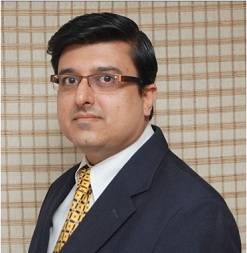 Popularly known as UD, Urjit is a technocrat and a visionary with a Master’s degree in Computer Systems and Applications from Gujarat university. His treasured acumen of blending software, technology, systems, management and consultancy earned from tech giants including TCS, PwC, IBM, Oracle, Tech Mahindra and Vodafone endow him the ability to conceptualize and execute ideas to their destinations. Amongst other accolades, UD was CIO and managing committee member for Vodafone’s (M&G’s) $ 130 M business. As AVP of MarketsandMarkets, he has also led the consulting vertical with a Go-to-Market of $25M revenue across 8 industry verticals.

As watching a game is fun, playing it requires skills – UD challenged himself to trade his consulting hat for a pivotal role in Teleprudence RealTEL. Enticed by prop-tech, semi-conductors and excited about getting down to where the rubber meets the road, UD has set upon himself to prove his mettle yet again. 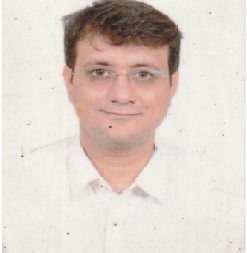 Not known to take the path of least resistance, Rittesh is a prop tech entrepreneur reckoned for his vanguard role in the convergence of Telecom , IT and Realty.
He started his Telecom career at the grass root level in 2002 with Reliance- NIS and earned his way to the elite Tata Communications – TIEBU (an erstwhile handpicked special focus group that represented all Tata companies in the Telecom arena to serve marquee corporates) He writes for the sheer love of Telecom. His contrarian deep-dive analyses over the past six years have spot on thereby endorsing his cognitive understanding and vision of the telecom industry – a feat he owes to his bottom up journey and dyslexic abilities.